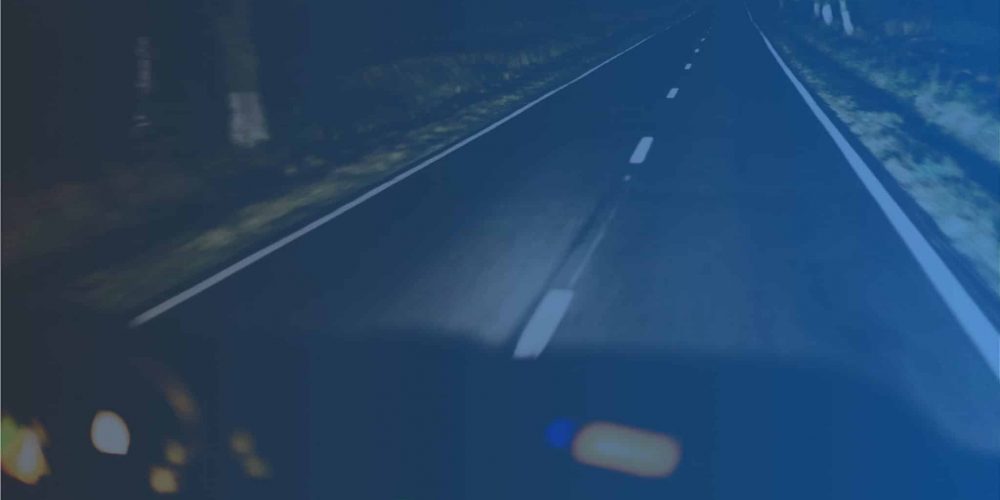 At night, there is 60 percent less traffic on the roads. Despite this, 50 percent of fatal accidents happen after dark. Our ability to perceive distance and detect objects is severely impaired at night. Although streetlights, headlights, and other light sources help to illuminate roadways, nighttime is still the most dangerous time to drive. That said, new automotive night vision technology aims to make it safer.

Engineers at Veoneer are helping to address this problem with their latest version of automotive ‘Night Vision’ technology. This Advanced Driver-Assistance System (ADAS) helps improve visibility for drivers in low-light conditions and alert drivers to potential dangers.

Veoneer announced in December that it would begin manufacturing the fourth generation of Night Vision — a thermal sensing technology that has since made its debut on the 2021 Cadillac Escalade.

Veoneer’s thermal sensing system is made possible by using an infrared camera that detects differences in temperature to create an immensely detailed picture of the vehicle’s path. The camera is paired with an Engine Control Unit (ECU) that analyzes the information collected by the camera and reacts within 150 milliseconds, alerting the driver and displaying an image within the vehicle on an OLED dashboard screen.

A vehicle equipped with this Night Vision system can provide three key benefits to drivers:

Night Vision’s built-in control unit analyzes data from the camera in real time. It includes a built-in alert system that notifies drivers of pedestrians or animals in front of the car and other potential risks. Low light conditions and total darkness are potential dangers that this new system can warn drivers of.

With traditional ADAS camera sensors, performance can be impacted by fog, smoke, glare, and even oncoming headlights. Thermal imaging night vision cameras for cars can operate under these conditions, unaffected. They create images using temperature detection instead of light exposure.

Night Vision’s thermal imaging cameras can see pedestrians, animals, and other objects up to 100 meters ahead of the vehicle. That’s 3-4 times farther, compared to the range of vehicle headlights.

The thermal imaging system utilized in Veoneer’s Night Vision is just one of the two common automotive night vision system types. Infrared night vision (IR night vision) is the other technology used to enable better driving performance in the dark.

Instead of analyzing the heat of objects, infrared night vision measures contrast in light. Infrared flood lamps are installed on the vehicle to detect reflected light. The car’s night vision system detects objects up ahead by measuring the amount of light reflecting off of them. A vehicle equipped with IR night vision feels similar to one with thermal imaging night vision for drivers. An image is displayed on-screen within the vehicle, and they can see clearer and over a longer range than they would be able to without the IR night vision feature.

While thermal and IR night vision technologies are similar, one has a definite advantage — thermal imaging. Because infrared sensors detect contrast, darker objects against dark backgrounds are hard to distinguish. At night, the lack of visible light naturally decreases the contrast, making it harder to sense and alert the driver to potential dangers.

Night vision systems built with thermal imaging camera sensors don’t have this limitation. Because they use heat to “see” they can analyze so much more. Everything has a heat signature — pedestrians, animals, and other objects included. Furthermore, thermal imaging cameras can detect even the smallest temperature difference. For example, Veeoner’s Night Vision sensor detects variances in heat as minute as a tenth of a degree.

Automotive Night Vision is not only a win for drivers; it is also an example of significant progress in the calibration industry. Its thermal camera sensor is self-aligning, making repair and calibration significantly easier for technicians. The camera is calibrated before it leaves the factory to be delivered to the manufacturer. After that, there is no need for a heated target or manual adjustments during replacement or repair.

ADAS: Technology that Brightens the Practice of Driving

Driving after dark poses many threats that aren’t as prevalent during the daytime. The number of drowsy or impaired drivers increase, and all drivers have a harder time processing visual cues when light is limited.

With automotive night vision, ADAS are making strides on the road to collaborative and safe driving. ADAS technology helps compensate in these situations by keeping drivers aware and making the experience of driving more convenient, comfortable, and — most importantly: safer.

At Car ADAS, our goal is to make the world a safer place to drive. We offer ADAS calibration services in Utah and calibration center licensing opportunities. Contact Car ADAS today!

Read More on Our Blog