ADAS Radar Sensor: How it Works & Why it Needs Calibration 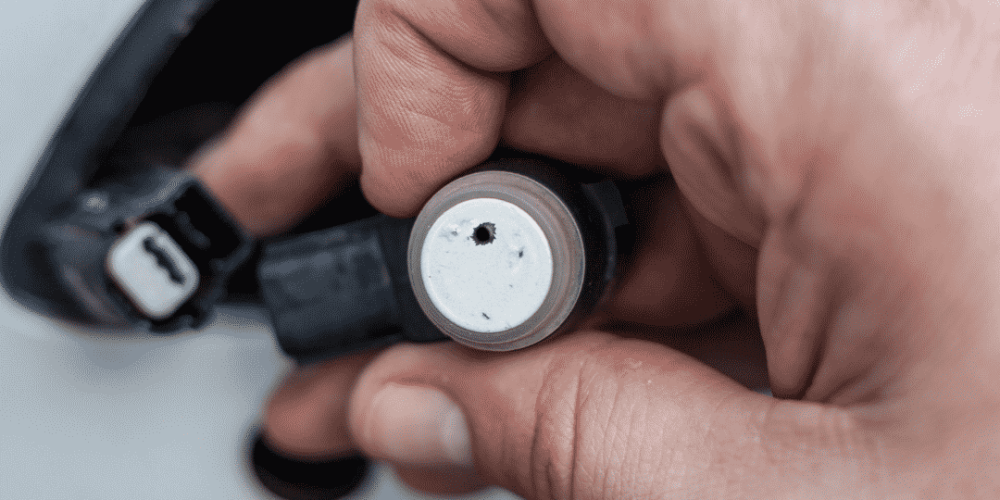 Automotive radar sensors are often a vital component of Advanced Driver Assistance Systems (ADAS). Radar sensors require recalibration after certain events to ensure optimal performance. In this article, we will explain what ADAS radar is, how it works, and why it’s vital to calibrate.

The word “radar” is an acronym that stands for Radio Detection and Ranging. This technology has been in use since before World War II to track the speed, position, and direction of ships and aircraft.

Radar systems emit radio waves, a type of electromagnetic energy that can be sent into the air. These signals travel at the speed of light. These waves reflect back fromobjects in the radar’s path and are processed by the radar receiver. These returned pulses enable the radar to determine the distance and position of objects, relative to the radar system’s position.

What is an ADAS radar sensor?

Vehicles can have forward and rear mounted ADAS radar sensors, to inform different safety systems. Forward-facing radars are typically mounted in the vehicles front bumper or grille. They help monitor forward distance to other vehicles and obstructions. In vehicles equipped with adaptive cruise control, they also help control the following distance to forward vehicles. Additionally, radars mounted in a vehicle’s rear corners help to detect closer-range objects that are approaching from the rear.

An ADAS radar sensor uses radio waves to detect vehicles and other obstructions in the environment. The time it takes for the pulse to return allows the computer (ECU) to calculate the other vehicle’s speed and direction.

Once determined, a vehicle’s ADAS systems use that sensor information to provide you with visual, haptic or audible safety alerts. In addition, depending on the specific ADAS system technology, radar sensor data can also be of use to take temporary control of driving functions such as braking, accelerating, steering, and so on.

Pros and Cons of Radar for ADAS

Radar-based ADAS technology is best for collision warning and automatic emergency braking systems. It has the following advantages:

Even with all the benefits radar offers, it has a few drawbacks.

Overall, radar-based ADAS are quite reliable and can operate in almost any situation.

How does radar compare to other ADAS technologies?

By definition, advanced driver assistance systems (ADAS) use sensors including cameras, lasers, and radar, to collect advanced information about the environment surrounding the vehicle. Data collected by ADAS radar sensors works in tandem with data from other ADAS sensors to provide a more complete picture of a vehicle’s surroundings.

Radar is often compared to other ADAS technologies, such as cameras and lidar. Cameras are the most common type of sensor in ADAS and they work well for detecting objects that are stationary or slowly moving. They’re not particularly good at detecting fast-moving objects because the time it takes for a camera to snap a picture is long in comparison to how quickly objects move. Lidars are like cameras, but they use light instead of radio waves. They’re also good at detecting objects in relatively close range (less than about 300 feet), but not for fast-moving or far away objects.

Radar sensors are much better at detecting moving vehicles, pedestrians, and other objects than cameras or lidars. They can see objects that are far away and moving quickly, which is why they’re of great use in many ADAS. Radar sensors also work well in all weather conditions, including rain, snow, and fog. Cameras and lidars can’t see through most types of harsh weather.

Each sensor type has pros and cons. That’s why it’s common for automakers to include multiple types of sensors that complement each other.

Here are some pros and cons:

Radar sensors can become misaligned due to fender benders, alignment changes, and adjacent repair work. This can cause them to give inaccurate readings. Some radar sensors are self-calibrating, but most are not…yet. Automotive radar calibration ensures that the sensor properly aligns and provides accurate information to your vehicle’s ADAS.

It is important to calibrate your radar sensor after structural repairs, sensor removal or replacement, and removal of the front bumper or grille, to ensure that your car’s ADAS systems are operating as intended. If the radar is not calibrated correctly, it can provide warnings, steering, and braking interventions either too early or too late.

Calibration of automotive radar sensors is a complex process requiring a controlled environment, specialized equipment, precise measurements, and in-depth training. It’s not something you can do at home. Most auto shops don’t have the equipment necessary to handle ADAS calibrations. Due to several ADAS implementation problems, standalone calibration centers are fast becoming the solution when it comes to providing efficient, effective, and reliable calibration of ADAS sensors.

At Car ADAS Solutions, our turnkey ADAS calibration solution is tailored to your business model.

We provide everything you need to get your ADAS calibrations started, from hardware and software to training and support. Contact us today for more information!