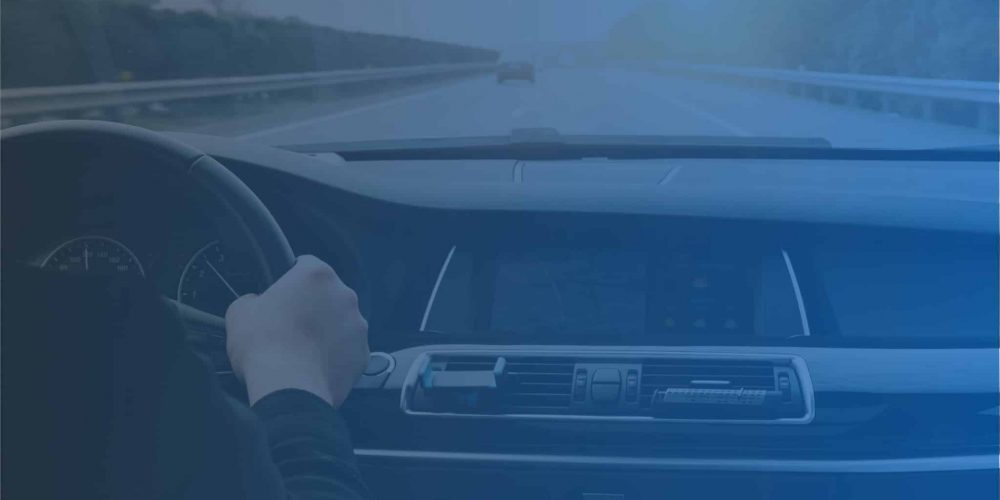 Every year in the U.S. more than six million car crashes occur.

Three million people are injured in a collision.

Advanced Driver-Assistance Systems (ADAS) are helping reduce these numbers, saving lives by equipping vehicles with advanced safety features. The integration of ADAS systems is estimated to prevent 40 percent of all passenger-vehicle crashes, 37 percent of resulting injuries, and 29 percent of related deaths. These systems are making the world a safer place to drive. What is ADAS, exactly? And how does it drive these results?

In this article, we will define ADAS’ meaning, explain how the technology started, and provide a rundown of automotive ADAS systems and sensors. Read on to discover everything you need to know about ADAS and the future of safe driving.

What is ADAS and what does A.D.A.S. stand for?

ADAS stands for Advanced Driver Assistance System(s). Meaning — ADAS is the term used in the auto industry to describe automotive safety features that use advanced technology including cameras and other sensors to provide safety warnings and, in some cases, even assist the driver in braking or steering to avoid dangerous situations for drivers, passengers, and pedestrians.

The popularity of ADAS has stemmed from increased demand for safe and comfortable driving. Ninety percent of road accidents are caused by human error. Automotive ADAS were developed to improve driver safety by reducing the chance of human deficiency by automating simple driving tasks.

One of the earliest ADAS features, that’s still used today, was launched by Volvo in 2008; Automatic Emergency Braking (AEB). AEB is designed to detect an impending forward crash and will automatically apply brakes to assist in preventing the crash, if the driver doesn’t react.

We’ve come a long way since 2008, with nearly all automakers now pledging to standardize AEB by 2022. Likewise, other safety features such as adaptive cruise control and blind spot warning have become common additions to new vehicles.

How do ADAS systems work?

ADAS functionality is made possible by environmental sensors mounted to the vehicle, including radar, lidar, ultrasonic, and camera image sensor data. As data is being collected, the vehicle’s electronic control unit (ECU) analyzes it together. The term for the fusing of all types of ADAS sensor data is sensor fusion. Analyzing the fused data allows the ECU to interpret what’s happening and initiate ADAS’ active safety systems. ADAS capabilities include warnings (audible, visual, and tactile), automatic braking, and in some cases, automatic steering control.

There are more than 20 ADAS safety systems listed by AAA and more are being developed all the time. Here are some examples of ADAS systems that can be found on the road in passenger vehicles today:

Collision avoidance systems reduce the number of avoidable crashes by bringing your vehicle to a halt when an obstacle is detected. There are forward and rear collision avoidance systems that individually prevent front and rear-end collisions. One example of this advanced driver assist system is forward collision warning (FCW) and automatic emergency braking (AEB), also called autonomous emergency braking. Together, these technologies detect a risk of a forward collision, warn the driver, and apply the brakes automatically if the driver doesn’t. More advanced forms of AEB even offer traffic jam assist, to help during rush hour and other stop-and-go traffic situations.

Blind spot monitoring (BSM) and detection systems utilize sensors to detect vehicles to the side or rear of the motorist and alert the driver of their presence via audible, visual, or haptic steering wheel warning.

Pedestrian detection helps prevent pedestrian accidents by alerting the driver to the presence of a pedestrian in front of their vehicle. In addition, some systems offer to detect pedestrians in reverse, during parking maneuvers. Others provide automatic emergency braking in response to a detected pedestrian risk.

Driver attention warning or drowsiness detection is an ADAS system that uses a camera aimed at the driver’s face to detect signs of distracted driving or driver fatigue. A driver monitoring system ensures that drivers remain attentive while on the road, preventing collisions caused by distracted or drowsy driving.

Lane departure warning (LDW) alerts the driver when their car is about to veer out of a lane through the use of a camera sensor that is typically mounted on the vehicle’s windshield. It helps to prevent crashes that may occur due to unexpected lane departures by watching lane markings.

Adaptive light control is an ADAS feature that helps improve visibility at night. Examples of this functionality include headlights that rotate as a vehicle turns to the driver’s perspective illuminated at all times and headlight systems that use sensors to adjust brightness when needed.

Night vision ADAS technology extends the driver’s perception beyond headlights, helping to prevent accidents, specifically with pedestrians, in low-light. This system commonly utilizes thermal imaging (to detect a temperature difference) or infrared technology (which projects infrared light on the surrounding area) to detect objects that are a great distance ahead.

Many vehicles have parking assist mode, which provides audible, visual, or haptic warnings when obstructions are nearing, during low speed parking maneuvers. Other vehicles have a driverless active parking mode that can help when parking in tight spaces.

ADAS applications rely on environmental sensors to assess the environment surrounding the vehicle. These ADAS sensors detect other vehicles, pedestrians, road signs, and other obstacles and then respond by taking action or alerting the driver. Five types of sensors are commonly used by ADAS systems:

ADAS utilize camera-based sensors positioned inside the windshield of the vehicle to capture images of the road, other vehicles, street signs, pedestrians, and other potential obstacles. These images are captured and analyzed at an extremely fast rate, allowing the vehicle’s systems to respond accordingly or alert the driver. Cameras provide good resolution but don’t work well in certain weather and low light. ADAS systems that utilize camera sensors include lane departure warning and traffic sign recognition.

Read More: ADAS Cameras: How They Work and Why They Need Calibration

Radar sensors transmit high-frequency waves to detect objects over an extended range. The system calculates the distance between waves, telling the vehicle the direction and velocity of incoming obstacles. A radar sensor cannot detect as much detail as camera sensors, but they have a much larger range which is helpful in poor weather conditions or low light. Radar sensors are commonly used for blind spot detection (rear/side sensors) and adaptive cruise control (forward radar sensors).

Read More: ADAS Radar Sensor: How it Works & Why it Needs Calibration

Lidar is a remote sensing technology that uses a pulsed laser to detect surrounding objects. Lidar has both camera and radar benefits — it’s extremely precise and detailed, while still having a large range. It also performs well in bad weather. One example is car manufacturer GM’s Ultra Cruise, slated for 2023.

ADAS sonar sensors (ultrasonic sensors) use sound waves to measure the distance between vehicles and surrounding objects. The system determines the amount of time it took for the waves to transmit and respond. These sensors are typically utilized in driver assistance systems that require monitoring close to the vehicle, such as parking assistance.

Thermal imaging sensors use infrared technology to create images of objects based on the heat they emit. They are used to detect pedestrians and help drivers see more clearly in poor road conditions such as darkness, fog, sun glare, or haze.

ADAS technology is more prevalent in today’s vehicles than ever before. There are more than 60 million vehicles in the U.S. that have ADAS systems. They can be found in more than just high-end models. Toyota Safety Sense, Honda Sensing, and Subaru EyeSight are just a few examples of more affordable automaker ADAS systems. Toyota, Honda, and Subaru offer several ADAS systems as standard equipment.

As this innovative technology has become commonplace, one aspect of the industry is still lagging behind: proper repairs. When it comes to driver assistance systems, even the smallest error can have dangerous implications. If a sensor is left out of alignment, the ADAS will not be able to function correctly. Less than one degree of misalignment is enough to put the sensor significantly off-axis, according to AAA. If the driver is not paying attention, a sensor misalignment could result in a collision.

Anytime a sensor, mounting bracket, or body component is moved, removed, or replaced, sensor recalibration must occur. Unfortunately, many repair shops don’t have a system for ADAS calibration following the repairs they make to equipped cars. If we want to continue to benefit from the added safety features that these systems provide, this is something that must change.

Read More: Implementing ADAS Calibration Systems: 6 Challenges Most Shops Face (and What to Do About Them)

The Future of ADAS Systems in Vehicles

Advanced Driver Assistance Systems protect lives and make the experience of driving safer. These functional safety systems also make it more convenient by assisting with steering, braking, and acceleration. The driver-assist features we see on the road today are not fully autonomous driving and are not substitutions for an alert driver. However, this same technology on a larger scale has allowed for the creation of some autonomous vehicles such as Google and Tesla’s self-driving cars.

We still don’t know when fully autonomous vehicles will hit the road, but ADAS car technology proves that it’s in our future. Additionally, we can expect to see continued improvement in road safety as new ADAS are developed and calibration becomes standard practice. The future of ADAS will bring results: fewer collisions reported, fewer injuries, and lives saved.

At Car ADAS, we aim to make the world a safer place to drive through proper ADAS calibrations. We also offer calibration center licensing opportunities. Contact Car ADAS to get started.