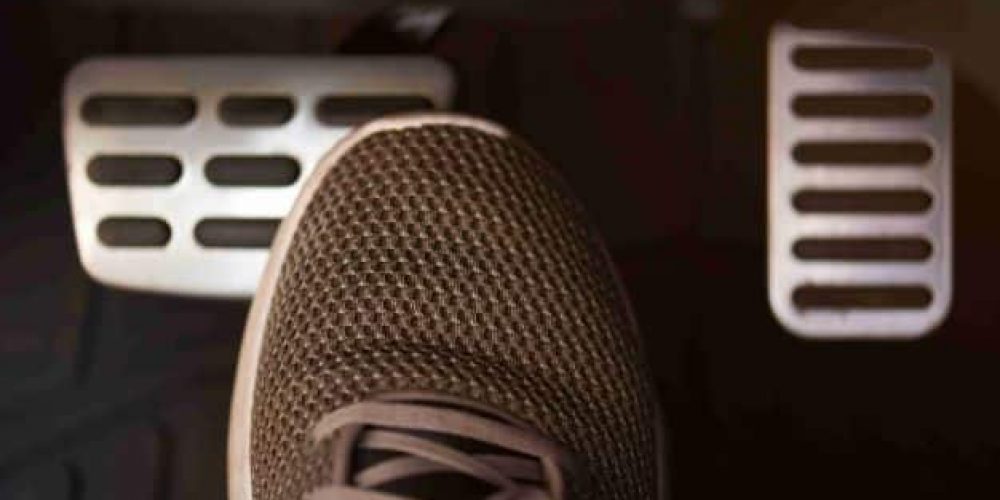 Slammed on your brakes recently? Hopefully, your actions helped to avoid a crash. Not every driver is so lucky. In emergency situations, 69% of drivers don’t press the brakes fast enough or hard enough to get the most stopping power out of their brakes. Meaning, your brakes have more stopping power than you utilize due to inexperience with emergency stop situations. Less than optimal braking means slower stop times, more crashes, and more injuries. Enter brake assist — a vehicle safety system built to boost your stopping power during emergency and panic braking maneuvers.

This article will delve into brake assist systems and where they fit in amongst the wealth of other vehicle safety features available on today’s vehicles.

What is brake assist?

Brake Assist (BA), also known as BAS, for brake assist system, is a driver adaptive safety system that applies maximum brake force when activated by a driver’s panic or emergency braking. BAS applies your vehicle’s brakes at full strength to reduce your braking distance — meaning you stop sooner in an emergency braking situation. Developed and released by automakers in the late 1990s, BA has gone from a high-end vehicle safety feature to one that is built into the braking systems of most new cars. Automakers have even gone on to offer more advanced forward crash avoidance systems that work with and improve upon traditional BA.

Brake assist systems impact a variety of potential crash situations, including the following:

How does brake assist work?

Brake assist reduces stopping distance when activated by as much as 45 percent. But how?

In general, the brake assist system (BAS) takes cues from how the driver presses the brake pedal by measuring speed and force against baseline thresholds. When a driver slams on the brakes fast enough, with enough pressure, an emergency is detected. Then, the BAS applies the brakes at full braking pressure until the anti lock braking system (ABS) takes over to prevent the wheels from locking. There are two main types of BAS, mechanical and electronic.

Older vehicles with brake assist built-in have what’s classified as mechanical brake assist systems. These use pre-set thresholds to tell when you are in an emergency by your braking action. They are set mechanically. Once the threshold is passed, the braking power switches over from the brake piston valve to the brake booster, providing braking assistance. Mechanical BAS is not adaptable to individual drivers.

Electronic brake assist systems are more common in newer vehicles. They have the benefit of an ECU that compares braking to preset thresholds. In electronic BAS, it’s the ECU that compares your braking action to preset points and applies emergency braking power. The newest versions save info about individual drivers braking styles, and adapt accordingly.

It’s hard to talk about modern brake assist systems without mentioning a few related but distinct braking systems. BA is often bundled with these braking systems and braking features, but it has a particular function.

Since their intro in the late 1970s, anti-lock braking systems (ABS) grew in popularity through the 1990s and only became mandated on all new light vehicles since 2012 (along with ESC).

Anti-lock brakes are aptly named. They keep the wheels from locking in emergency braking situations where locked wheels mean losing control of your vehicle.

In older vehicles not equipped with ABS, drivers have to manually pump the brake pedal during emergency braking, so that the wheels don’t lock up and cause you to lose control. Anti-lock brakes keep you in control of the vehicle by detecting differences in wheel speed and rapidly pulsing the brakes until the wheels are all turning at the same speed.

A variety of ABS subsystems add even more functionality to keep drivers safely in control. Like brake assist, these features work with your vehicle’s ABS. Other systems that try to control the wheel spin and increase driving stability include the following:

So, how are BA and ABS related?

As Toyota puts it, “Brake Assist (BA) is designed to help the driver take full advantage of the benefits of ABS.”

Automatic emergency braking (AEB), also known as autonomous emergency braking, is an advanced driver assistance system (ADAS) that automatically applies the brakes based on vehicle speed and distance to an obstruction like a stopped or slower-moving vehicle. This ADAS feature is a distinctly different system from brake assist.

Where do AEB and BAS differ?

AEB doesn’t require the driver’s foot pedal action to initiate the braking. It applies the brakes automatically. It’s important to note this difference because BAS does require the driver to step on the brakes to benefit. AEB represents a step further in vehicle safety automation and to US regulators, it doesn’t go without notice. As stated on its website, “NHTSA believes AEB systems represent the next wave of potentially significant advances in vehicle safety. Dynamic brake support and crash imminent braking are AEB systems that potentially save lives and reduce moderate and less severe rear-end crashes that are common on our roadways.”

Considered as the two AEB systems, dynamic brake support (DBS) and crash imminent braking (CIB) use data from forward-facing vehicle sensors, including radar, camera, and lidar, to inform their operation. DBS kicks in when the vehicle detects the likelihood of a rear-end crash with a vehicle ahead and the driver brakes, but not hard enough. DBS kicks in to supplement the driver’s braking to attempt to avoid a crash.

Sound familiar? DBS is essentially a brake assist system, but its informed and initiated by ADAS sensor data rather than waiting for a driver’s foot. DBS bridges the gap between traditional brake assist and ADAS using onboard technology. DBS could save 25 lives each year if installed on all U.S. light vehicles. It could prevent even more injuries — an estimated 107,000 minor to moderate injuries and 2,100 serious to critical injuries.

On the other hand, crash imminent braking (CIB) is what people generally think of as AEB. When a driver fails to respond to warnings with braking action, CIB automatically applies the brakes to avoid or mitigate the damage from a crash. If installed on all light vehicles, CIB could prevent approximately 200,000 minor injuries, 4,000 serious injuries, and save 100 lives annually.

While European lawmakers have found BA so satisfactory that they regulated it on all new light vehicles, US officials have opted to lean more towards regulating automated braking (AEB). Rather than BA’s passive driver adaptive system that requires driver action to initiate the benefit, regulations will be focused on what governing bodies see as the biggest potential benefit. In the U.S., twenty automakers pledged voluntarily to make AEB with forward collision warning (FCW) standard on light-duty vehicles by September 2022. Ten automakers have already met the commitment ahead of schedule, including Audi, BMW, Hyundai, Mazda, Mercedes, Subaru, Tesla, Toyota, Volvo, and VW.

By now, we’ve explained how BA is hardly the only braking feature on your vehicle that is trying to keep you from crashing your car. Whether your car has traditional BA, its clever cousin DBS, or both (some do), these systems are part of multi-hyphenate safety packages of extensive features working in sequence to help you.

The forward collision sequence is an excellent example of how these safety systems work in conjunction. For example, if sensors calculate a crash risk, FCW warns you. Next, either your foot on the brake initiates traditional BAS, or in a BAS-equipped vehicle, DBS does it automatically and is standing by for you to use it. Furthermore, vehicles equipped with AEB follow up brake assist by automatically applying the brakes (CIB) if the driver fails to act. So, the complete sequence starts with a forward collision warning to help increase response time, gives you more braking power when you don’t step down hard enough (with BA or DBS), and when the driver doesn’t use the brakes, CIB initiates them. The sequence is important. It provides the driver maximum control until the calculated last possible moment.

There’s one more snag. If braking systems weren’t complicated enough, regulation is so behind that each OEM has unique naming systems for different advanced braking systems. Here are a few examples:

“For Tss 2.0, the Pre-Collision System, or PCS, uses an integrated forward-facing camera and grill-mounted radar system designed to help mitigate or avoid frontal collision. TSS 2.0 enhances the pre-collision system with the addition of low light detection for vehicles and pedestrians, as well as daytime detection of bicycles.

When PCS determines that the possibility of a frontal collision with another vehicle, pedestrian, or bicycle is high, it prompts the driver to take evasive action and brake by using an audio and visual alert. If the driver notices the hazard and brakes, PCS may use brake assist to provide additional braking force.

If the driver does not brake in a set time and the system determines that the possibility of a frontal collision with another vehicle is extremely high, the system may automatically apply the brakes, reducing speed to help mitigate the impact or avoid the collision entirely, if possible.”

“A part of the Honda Sensing suite of technologies, CMBS is designed to alert drivers of a potential collision via visual and audible alerts and help the driver take corrective actions.

The system can even apply the brakes to help reduce the forces of a collision if the system determines one to be unavoidable.

The system is designed to perform in three stages:

Stage one: If the system determines there is a risk of collision with a vehicle or pedestrian detected ahead, it will issue visual and audible alerts to the driver.

Stage two: If the risk of a collision increases and the driver takes no action, the system will continue the visual and audible alerts, and begin to apply light braking.

Stage three: If the system determines that a collision is unavoidable, it will continue the visual and audible alerts, and apply strong braking to help mitigate the forces of the collision.”

As you’ve seen, because each automaker has developed its own forward braking systems based on its own priorities and research, they are all a little different. It’s up to drivers to know their systems and their limitations.

When brake systems rely on ADAS sensors like radar and cameras, recalibration is essential after adjacent autobody work, collisions, and more.

Car ADAS Solutions is a fast-growing, technology and services company, providing strategic solutions to opening and managing your own ADAS calibration center.

We partner with leading ADAS equipment suppliers, providing site certification, training, implementation, support, and quality control, allowing the business owner to remain focused on their core business while we launch the top ROI business in the automotive industry.