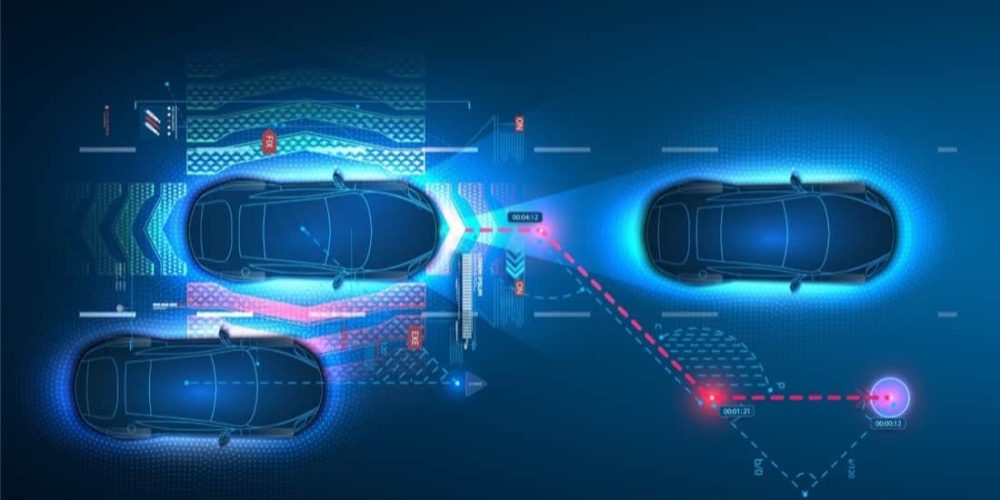 You may have heard the term ADAS sensors before, but what are these sensors? And what do they do?

ADAS sensors are a group of automotive sensors used in advanced driver assistance systems. These sensors help keep drivers safe by providing information about the car’s surroundings. There are many different types of ADAS sensors, including cameras, radar, lidar (light detection and ranging), sonar/ultrasonic, and more.

This article will be an in-depth rundown of all the different types of ADAS sensors, along with their functions and pros/cons to help drivers understand why they are so important.

ADAS employ a variety of sensors to “see” what is going on around the vehicle to do their tasks. The most frequent are cameras, radar, and ultrasonic sensors.

Using multiple types of sensors allows the vehicle to make decisions based on all available information, which is why it’s so important for ADAS features to have a variety of different sensing technologies. Some systems only use data from one type of sensor, while others integrate data from multiple sensors to develop a more precise “view” of the environment and situation.

Cameras are one of the most common types of ADAS sensors used in today’s vehicles and they come in various forms depending on their function within a system. Cameras are used to detect objects in the road, including cars, cyclists, and pedestrians.

ADAS Cameras are vital for ADAS because they are the main sensory component for most automaker ADAS systems. Without them, the car would be blind to the world around it.

In fact, many cars now have front-facing camera sensors as a standard feature. The following ADAS systems all use data from these special cameras:

A Note About ADAS Cameras Sensors vs. Dash Cams

The high-powered microprocessors and complex data processing algorithms built into the camera assembly distinguish ADAS camera sensors from popular auto dash cams. These components convert the continuously changing analog image obtained by the camera into digital data that may be used to operate a variety of safety systems.

One example of ADAS camera sensors is in the Subaru EyeSight ADAS suite. But, Subaru takes it a step further. Instead of employing one forward-mounted ADAS camera, Subaru uses two twin forward mounted cameras for increased accuracy of its forward sensing data.

Some new cars feature 360-degree cameras that utilize a variety of tiny cameras positioned at the front, rear, and sides of the car to show an overhead view of the vehicle’s immediate surroundings. This can be used for features such as parking assistance and lane change warnings.

For example, the 2022 Hyundai Sonata, includes Surround View Monitor on the Limited Trim. This feature includes four cameras, one on each side mirror and two at the rear of the vehicle. The Sonata has a special split-screen image that shows all angles simultaneously on the infotainment touchscreen.

Read More: ADAS Cameras: How They Work and Why They Need Calibration

Radar sensors are also commonly used in ADAS systems, usually as part of a collision-avoidance system. This type of ADAS sensor works by emitting radio waves that reflect off objects and return to the sensor.

The time it takes for the wave to return is used to calculate the object’s distance. This information is then processed by a computer to create a three-dimensional image of the surrounding area. This type of sensor is used in many ways, including the following ADAS:

Radar sensors are important for ADAS because they can detect objects at a distance and in poor weather conditions, such as rain or fog. This is important because the car needs all the information it can get to make the safest decision possible.

An example of a car with radar sensors is the 2021 Toyota Camry. It has radar sensors in the lower front bumper to detect cars, people, or animals on or near the road.

Read More: ADAS Radar Sensor: How it Works and Why it Needs Calibration

Light Detection and Ranging ( Lidar) sensors are like radar in that they use lasers to measure distances. Lidar sensors also have the precision and capability to find smaller things. For example, they can also identify people and irregularities in the terrain.

Lidar sends out billions of light photons every second to detect non-stationary objects in real-time. It employs a pulsed laser to detect nearby things.

With both camera and radar advantages, lidar ADAS sensors are extremely accurate and detailed, yet have a wide range.

Most cars now employ the Global Navigation Satellite System (GNSS). GNSS is a combination of more than 30 Earth-orbiting satellites that transmits precise time and position data constantly. When a receiver has four or more usable signals from at least four of these satellites, it can triangulate its position. The greater the number of working satellites, the more accurate the location.

Most ADAS systems use GNSS sensors to determine a car’s position and orientation relative to its surroundings. This information is then used by other sensors or in conjunction with map data to create an even more precise view of the situation.

This is important because it allows the car to make decisions based on its location and the surrounding environment. Furthermore, this ADAS feature enables automated vehicles to use GNSS receivers that utilize several frequencies and constellations, Synchronous Position Attitude and Navigation (SPAN) technology, GPS Anti-Jam technology and interference mitigation, and correction services to provide positioning and sensor integration. Ultimately, driving us to the future of full autonomous cars.

Pros and Cons of GPS/GNSS

While this is a relatively new addition to ADAS, GPS/GNSS sensors are increasingly common. This is because of the many benefits they offer ADAS systems over older technologies like laser radar and sonar. Like any other technology, the GNSS sensors have their pros and cons.

With GNSS comes advantages such as:

As with any technology, there are also cons:

Ultrasonic sensors are primarily used in parking assist and self-parking systems. These ADAS sensors are positioned inside the front and/or rear bumper covers, utilizing reflected high-frequency sound waves to identify people, automobiles, and other objects within proximity to the car.

Sonar sensors also detect whether the vehicle is properly positioned within a parking space. If this feature detects that the car is outside of an appropriate zone, it will sound a warning tone or move into a more appropriate position using brake control.

There are also ultrasonic sensors in air-bag control systems. These work by emitting a burst of ultrasound when the car’s airbags are deployed. This sensor helps to determine the exact location of the occupant.

The goal is one environmental model created through sensor fusion. This means bringing together the data from the vehicle’s radar, lidar, cameras, and other sensors, to create one model.

A vehicle with a sensor fusion system can combine the finest data from all of its systems while disregarding anything else. Because each of the radars, cameras, and other sensors employed by the car for self-driving purposes have distinct capabilities, their data must be combined to create improved ADAS features including cross-traffic aid and obstacle avoidance.

While camera systems are useful for detecting roads, reading signs, and identifying other vehicles, lidar solutions are better at accurately determining the car’s position and radars are better at measuring speed.

Sensor fusion is the union of all these and other autonomous driving systems, when smartly combined and deployed, which provides well-equipped cars a 360-degree view of the environment.

ADAS sensor technology is an exciting innovation. Along with it comes the need for ADAS sensors to be calibrated following several common situations: windshield replacement, fender benders and collisions, adjacent repair work, and changes in wheel alignment. Any time that a sensor is moved from its original position, it needs to be recalibrated, by a professional, in a specially designed environment.

Without calibration, a vehicle’s ADAS systems can be inoperable or even work incorrectly — initiating warning alerts, braking, or steering too soon, or too late.