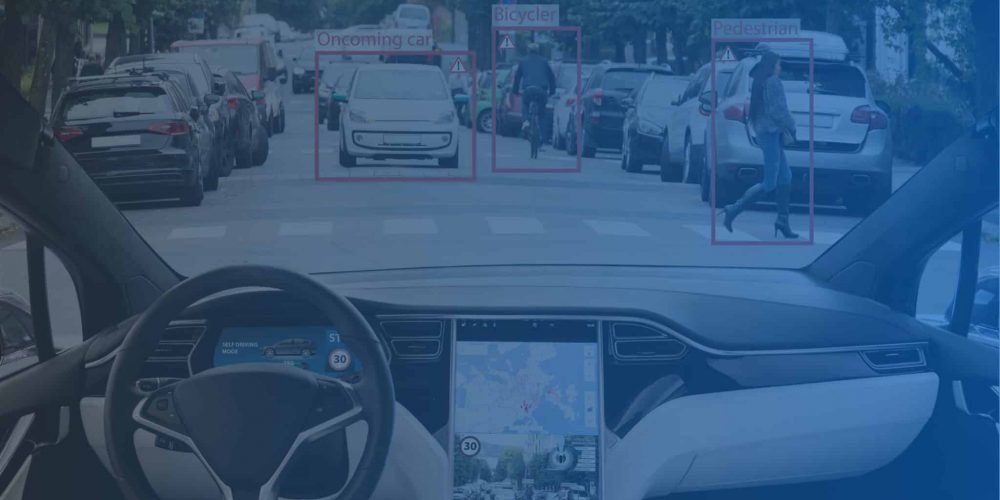 Advanced driver-assistance systems (ADAS) are developed to improve safety and better driving. To achieve this, these systems require numerous sensors that work cohesively to assess the vehicle and its surroundings, then implement action. ADAS created with automotive lidar sensors are the most advanced and efficient forms of this technology.

Lidar is not new. It’s been used for many purposes, including barcode scanners, image recognition, and creating complex maps to study agriculture and astronomy. Its integration into ADAS features is a recent development in the last decade.

Automotive lidar has revolutionized ADAS, helping to create more advanced systems with even greater safety capabilities. But, how does this technology work? And will the advantages of lidar lead to the replacement of traditional ADAS technology like radar and camera sensors?

What is Automotive Lidar?

Light Detection and Ranging (LIDAR) is a remote sensing technology that uses a pulsed laser to detect surrounding objects with an extremely high level of accuracy.

This technology is enormously advantageous in the development of ADAS because it has a much greater range than camera and radar sensors.

So how exactly do automotive lidar systems work?

For simplicity, these diagrams use images of another car as a surrounding object, but Lidar sensors have the capability and precision to discover much smaller obstructions. For example, they can also sense pedestrians and irregularities in the terrain. Lidar can detect non-stationary objects in real time by emitting billions of light photons every second. The technology still works in the dark, which gives it an advantage over camera sensors.

In recent years we’ve seen Lidar sensors completely evolve. Solid-state lidar systems are built on a semiconductor device that has no moving parts. Generally speaking, they are much smaller than traditional systems and some have been built onto a single, tiny chip. Solid-state lidar is also lower cost, while still providing high performance and reliability.

Although Lidar technology is the most advanced and has the greatest performance of ADAS sensors, it hasn’t replaced camera, radar, and sonar sensors yet. The truth is that there are benefits to all of these sensors and each of them has unique vulnerabilities.

Cameras lose some of their functionality in low-light or at night. Radar has an impressive range, but it loses resolution as that range expands. Lidar is the only sensor that gives impressive resolution with a large range.

On the other hand, current lidar technology does not have the same resolution as a camera. While radar systems function in poor weather more efficiently. Because of these disadvantages, many ADAS utilize more than one type of sensor. The hope for the future is that lidar continues to innovate, providing more capability without the drawbacks.

ADAS are already commonplace in the current consumer market. Over 60 million vehicles in the United States have this technology. We’ve seen incredible changes come from their implementation. A study analyzing rear-end crashes, conducted by AAA, determined that ADAS features have the potential to eliminate 2.3 million crashes and 7,166 fatal crashes in a four-year period. It’s expected that these benefits will become even more widespread as higher-quality sensors are developed.

There’s been a huge influx in recent years of lidar companies coming on the market, with hopes that manufacturers will begin to utilize lidar technology on a larger scale. More than 50 lidar sensor manufacturers are experimenting with development and competing for the market. Some OEMs, such as Toyota and Volvo, have fostered partnerships with lidar companies and will begin to install these sensors across high and mid-range priced vehicles.

The Cost of Lidar Advancement

In the past, Lidar technology has been associated with luxury price tags. However, Lidar technology is becoming much more affordable and continues to reduce in price as it gains popularity. We’ve already seen a decrease in price from an average of $50,000 to below $10,000. Some experts predict that Lidar modules will cost less than $200 by 2022.

Today, there are still expensive Lidar sensors on the market but there are also lower-cost options. This January, industry leader Velodyne announced a $100 lidar unit called Velabit. This compact sensor is less than 2.5” all the way around and offers an impressive 100-meter range.

Luminar is another company that has recently garnered attention for its more affordable technology. Their partnership with Volvo includes an Iris lidar unit for vehicles seeking full autonomy that costs less than $1,000 to produce.

Looking at the current market, it’s clear that leading players are gunning for lidar that can be mass-produced in an affordable price range. While it may take time, it’s an inevitable move in a competitive market.

The Road Ahead for Automotive Lidar

The race for powerful, reliable, and affordable lidar sensors has already begun. As it continues, we’re seeing immense benefits to driver and pedestrian safety. Mass production of lidar systems will reduce collisions from human error beyond what we’re already experiencing from advanced driver-assistance systems as a whole.

One of our core values at CarADAS is to remain on the cutting edge of ADAS technology. We already have the ability to calibrate early lidar systems and we believe that the continued adoption and improvement of lidar is making the world a safer place to drive.

Read more in our ADAS blog or ADAS Sensor Guide.