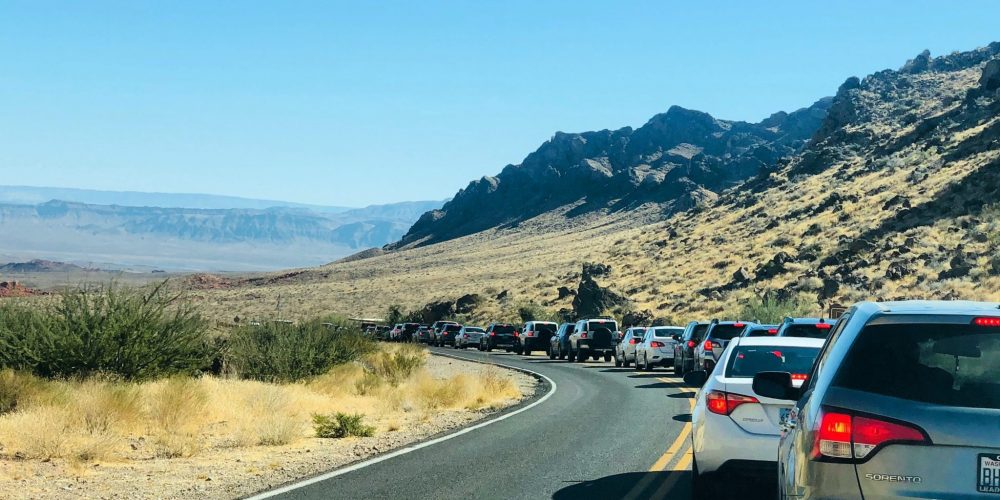 What is FCW in a car?

Advances in technology have led to the development of many advanced driver assistance systems (ADAS) that aim to make driving safer. At the forefront of the ADAS wave is Forward Collision Warning (FCW). This groundbreaking technology is already making driving safer for thousands of Americans with equipped cars. But, you should know a few things about this technology and its limits before you handle an outfitted vehicle.

In this article, we will explain what Forward Collision Warning is and how it works, provide examples of automakers’ FCW systems available now, and explain the importance of FCW sensor calibration.

What is Forward Collision Warning (FCW)?

What actually is Forward Collision Warning (FCW) in a car? FCW is an advanced driver assistance system (ADAS) that warns drivers when approaching an impending collision with an obstruction or car in its forward path. FCW aims to reduce the number of rear-end collisions that occur when an unexpected vehicle or object is suddenly in your path not giving you enough time to brake.

In March 2016, NHTSA and IIHS announced that 20 major automakers had committed to making FCW and Automatic Emergency Braking (AEB) standard on all cars and light-duty trucks (weighing less than 8,500 pounds) by September 1, 2022. It’s becoming more and more common to see FCW on vehicles. Nearly all manufacturers offer it standard on at least one 2021 model, while many more have FCW available as an option. If you haven’t driven a car with this feature yet, it’s more than likely that you soon will. The trend isn’t going away.

How does Forward Collision Warning work?

Forward Collision Warning uses radar, camera, and laser technology to monitor the road ahead. When the distance between your car and an upcoming obstruction is closing too quickly, FCW systems alert drivers so they can brake. FCW provides audible and/or visual warnings to drivers. Some models even offer haptic warnings, with a seat or steering wheel vibration.

While automakers have bought into FCW technology, not everyone has bought into common naming for ADAS systems. Here are a few terms used synonymously with Forward Collision Warning:

While many late model cars are equipped with Forward Collision Warning technology, it’s not always easy to spot. Here are a few examples of car companies describing their FCW features.

Honda offers FCW on select models as part of its Honda Sensing package. Here’s how the Honda FCW system is described by the automaker:

FCW can detect vehicles directly in front of the vehicle. If the distance between the two vehicles is diminishing, the system compares the vehicles’ current speeds to determine if a collision may occur.

To alert the driver to apply the brakes, FCW issues a beeping sound and flashes an amber “Brake” message in the Multi-Information Display. To avoid unnecessary warnings, the FCW will not operate at speeds below 3 mph.”

“Forward Obstruction Warning (FOW) detects vehicles or obstacles in front of the car using a millimeter-wave radar. The system calculates the distance to the object in front and, if the car gets close enough that there is a risk of collision, sounds an alarm and displays a visual alert, prompting the driver to apply the brake.”

Ford offers its FCW system on select models. This system includes brake support, but rather than applying the brakes automatically, it works a bit differently. Here’s how Ford describes it:

“Your vehicle has been designed with a feature that can help alert you if it senses a potential collision with the car in front of you. This system uses sensors in the front of your car to detect slower vehicles traveling in the same direction, and warn you if you’re rapidly approaching. If this happens, a row of red lights on your windshield will flash, and you’ll hear an alarm.

If you don’t react and continue to get closer to the other vehicle, your car will pre-charge and increase brake assist sensitivity to provide full responsiveness when you brake, which may help you avoid an accident. Once your brakes have been pre-charged, even if you press them lightly, they’ll automatically apply a harder force to stop you quickly.”

While each OEM has its own FCW systems, most utilize radar sensors located in or near the vehicle’s front grille. This allows the sensor to aim ahead, calculate distances and speeds, and notify drivers of collision risks.

ADAS systems, including FCW, are a step toward autonomous driving. FCW radar sensors can’t work in every situation. Sensors’ activity can be hampered by heavy rain, snow, or fog, which interfere with radar signals. Standing water, snow, or icy roads may also interfere and temporarily disable your FCW system.

The biggest myth about ADAS systems is that they are self-sufficient, or will alert you when the system is not calibrated properly. Most ADAS fall between levels 1-3 of automation. But even though the car can intervene with next-level steering and braking assistance, it doesn’t mean that drivers can sit back and relax.

Both drivers and techs have responsibilities for keeping a car’s FCW system running. Drivers need to know how FCW works and when to heed a system warning and take their vehicle in for repairs after a fender bender. A notification may be a sign your car’s ADAS sensors need calibration. Common warning messages include the following:

ADAS systems like FCW still need to be calibrated to make sure they are capturing the best, most accurate data possible. Vehicle sensor calibration also helps to avoid over-sensitive FCW car systems. Calibration of a car’s forward-facing radar is necessary after a crash. It also needs to be re-calibrated when other services take place, including the following:

Additionally, anytime a sensor is moved or removed and replaced, calibration is necessary to ensure accurate radar readings.

The need for ADAS calibrations will soar over the next few years due to the influx of vehicles equipped with FCW and AEB. Calibrations are complex and require special facility conditions, advanced equipment, and expertise. Car ADAS Solutions is the ADAS calibration technology and services specialist. We partner with the automotive industry to help you build your own calibration center. We assist with workspace design, proprietary management software, training, implementation, and ongoing support. If you are interested in capitalizing on this new revenue stream — ADAS calibration services — contact Car ADAS Solutions to get started.

Related articles: Implementing ADAS Calibration Systems: 6 Challenges Most Shops Face (and What to Do About Them)