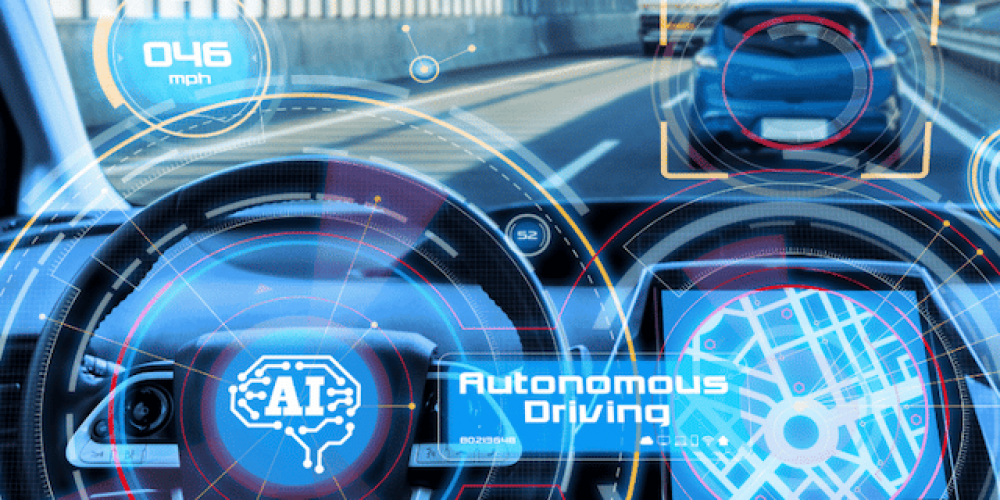 But what is the role of ADAS and autonomous driving?

Many people use the terms “ADAS” and “autonomous driving” interchangeably, but they are not actually the same thing. ADAS stands for Advanced Driver Assistance Systems, which is a suite of technologies that help drivers stay safe on the road. These systems include features like lane departure warning, adaptive cruise control, collision avoidance systems and much more.

The majority of cars are now equipped with these features. For example, 30% of all vehicles have Automatic Emergency Braking, whereas 13% come standard with Lane Keeping As.+3jmcgAdaptive Cruise Control is standard on 11% of cars. The number of cars with ADAS is only going to increase in the future as more and more automakers make these features standard on their vehicles.

Autonomous driving, on the other hand, is a technology that allows vehicles to operate without any human input.

Thus, the ADAS vs autonomous driving confusion is understandable. Both terms are used to describe technologies that allow cars to operate without human input.

ADAS (Advanced Driver Assistance System) is an electronic system of automated vehicle safety features that use innovative sensor technology to provide information, warnings, and assistance to the driver while they are driving.

ADAS uses various technologies to achieve these functions such as:

Each technology has its own advantages and disadvantages and ADAS applications, but by combining different technologies together, ADAS can provide an effective warning or assistance to the driver.

What is Autonomous Driving?

The term “autonomous driving” refers to a technology that allows cars to drive without any human intervention. There are different levels of autonomous driving, each with its own set of requirements and capabilities.

The first three SAE levels of driving are support levels that operate while you drive, even if you’re not pushing the pedals or steering. To maintain control of the car, you must be in the driver’s seat and pay attention to the road.

These features are limited to providing:

The most basic level of autonomous driving is known as Level 0. In this level, the car is completely operated by the driver. There are no autonomous features whatsoever.

Level 0 is really just a step up from traditional driving. The driver is in complete control of the car and is responsible for all aspects of driving, from steering to braking to accelerating. This level may include functional safety features such as backup cameras, collision warnings, blind spot warnings, and emergency breaking because they help the driver stay safe, but these features are not autonomous.

The next level of autonomous driving is known as Level 1. At this level, the car can operate autonomously in certain situations, but the driver is always required to be in control.

Some common examples of Level I autonomous driving include adaptive cruise control (ACC) and Lane Keeping Assist (LKA). ACC allows the car to maintain a set distance from the car in front of it, and LKA keeps the car in the middle of its lane.

Both of these features rely on sensors to detect objects around the car. If there is a vehicle or obstacle in the way, ACC will slow down or stop the car, and LKA will adjust the steering to keep the car in the lane.

At this level, the car can operate autonomously with complex functions such as steering, braking, and accelerating, but the driver should still be aware and in control.

Most prominent Level 2 automation examples include:

The final three levels are when automated drive functions are used while you’re not in control but instead sitting behind the wheel. These features do not need to be activated, but the car will still operate in a safe and controlled manner.

The conditions in which the car may operate are limited at part of these stages, and it will only operate under certain parameters. The greatest degree of functionality allows for an autonomous vehicle under all circumstances.

The general availability of these levels of autonomous driving is still a ways off, though many auto manufacturers have tried to broaden the range of Level 0 and Level 1 systems, while slowly working towards more automated driving.

This level allows drivers to disengage from driving but prepare to take over in certain situations. At level 3 a car can monitor its surroundings, change lanes, control steering, braking and even accelerate past a slow-moving vehicle.

Though you cannot take a midafternoon nap, you can read, text and drink a cup of coffee while the car is in autonomous mode.

The relationship between the driver and machine at Level 4 is reduced as the car’s performance improves. The driver no longer has control over steering, braking, acceleration, or monitoring the environment, among other things.

This leaves the driver free to do other activities such as watching a movie, working on a laptop or even taking a nap.

A vehicle can, however, be manually overridden. The car may still urge the driver to retake control of the vehicle, but if no response is received, it has the capacity to bring itself to a safe stop. The Waymo test vehicle is an example of Level 4 autonomy.

The highest level of autonomous driving is known as Level 5. This level represents a car that can operate completely autonomously in all situations and does not require any human input.

This also means that the vehicle can perform a combination of several tasks simultaneously, such as navigating, changing lanes and avoiding obstacles.

A few companies within the automotive industry are currently testing Level 5 autonomous vehicles, but there is no self driving car yet available to the public.

Though ADAS technology and autonomous driving go hand in hand, they are not the same thing. ADAS are features that can be found in many modern cars, while autonomous driving is a system that allows a car to operate without human control. Essentially, ADAS is on a spectrum of autonomy that leads to full driving automation at Level Five.

The Role of ADAS in Autonomous Driving

While ADAS are not autonomous driving systems, they play an important role in preparing cars for full autonomy. Many of the features that make up a Level I or Level II systems are made possible by ADAS.

For example, ACC and LKA would not be possible without sensors to detect objects around the car. Similarly, the ADAS feature LDW system would not be effective without cameras or other sensors that can track the car’s position on the road.

ADAS is also important for training drivers to use autonomous driving systems. By learning how to operate a car with ADAS features, drivers will be better prepared to use a car with full autonomy.

As the technology behind autonomous driving continues to evolve, it is likely that more and more cars will come equipped with ADAS features. It is important for drivers to be aware of how to use automated driving system features safely.

We hope that this article has answered your “ADAS vs autonomous driving” questions!

While autonomous driving is still around the corner for consumers, ADAS is here!

With that, comes the need for calibration after events like windshield replacement, wheel alignment, and collisions.

At Car ADAS, we help you to open ADAS calibration centers to make the world a safer place through the precise calibration of ADAS before and after accidents. Contact us today!