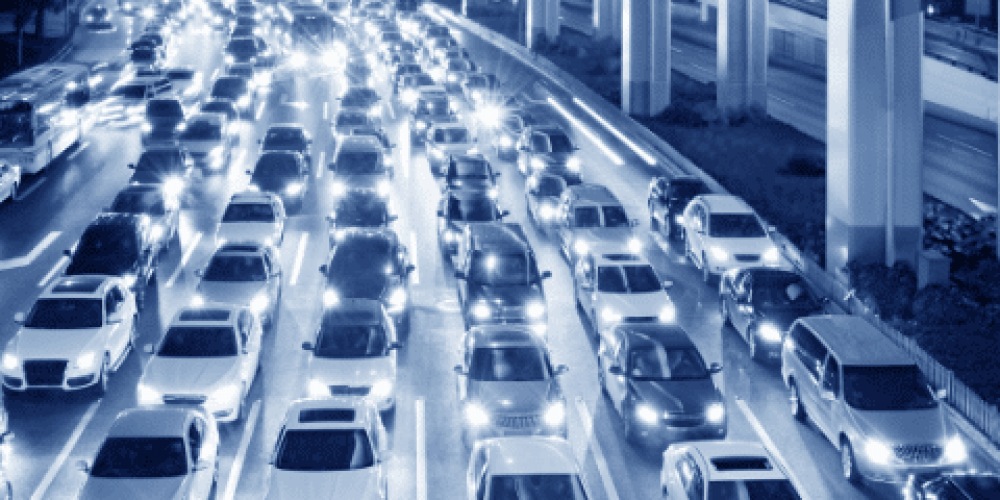 We’ve all been there — stuck in traffic, frustrated and angry. The person in front of you is going too slow, the person behind you is honking their horn, and you just can’t seem to get out of this mess. Well, imagine if your car could help make that drive a little bit easier. In this blog post, we’ll discuss one of the many advanced driver assistance systems (ADAS) available today: Traffic Jam Assist. Keep reading to see how this ADAS helps to make traffic jams safer and less stressful for drivers.

What is Traffic Jam Assist?

Traffic Jam Assist (TJA) is a safety feature found in many late-model vehicles from manufacturers including Mazda, Audi, and even Honda. It helps drivers stay in their designated lane and remain a safe distance from the car in front of them, even in stop-and-go traffic. Using sensors to monitor lane markings and the vehicle ahead, TJA can automatically brake and steer if the driver doesn’t react in time.

As traffic congestion continues to increase in many cities across the country, Traffic Jam Assist could play a vital role in making roads safer for everyone.

How Does Traffic Jam Assist Work?

In effect, Traffic Jam Assist is a Level 2 driver assistance system that combines the functionality of Adaptive Cruise Control (ACC) and lane-centering assistance to form a traffic jam autopilot. In essence, it’s a lower-speed version of ACC intended to operate at speeds of 40 mph or less and bring the vehicle to a full stop.

This level of traffic jam assistance requires using a front-mounted radar sensor and cameras to detect traffic and lane markings and other sensors to detect the car in front. The system then uses this information to automatically brake, accelerate, adjust speed and steer the car. However, unlike ACC, which aims to maintain highway speeds, Traffic Jam Assist is designed to work in lower-speed traffic situations. Therefore, the driver doesn’t need to operate the gas pedal or brakes through heavily congested traffic but instead remains alert and ready to take over when needed.

TJA is Not Autonomous Driving

Remember that TJA, as a Level 2 system is far from autonomous driving, and drivers must always be aware of their surroundings. Most systems will bring the car to a stop if necessary and resume driving once traffic starts moving again. In addition, TJA usually disengages if the driver doesn’t touch the steering wheel for a certain amount of time-approximately 30 seconds. This ensures that drivers are still paying attention and can take over control when needed.

As traffic conditions vary greatly, TJA may not be available in all areas or on all roads. For example, if the traffic conditions are too complex or the lane markings are too faint, it may not be able to operate correctly. If this happens, the system will disengage, and the driver will be alerted to take control. Similarly, if a driver’s hands leave the wheel for an extended period, most Traffic Jam Assist systems will automatically turn off as well.

Lane-centering technology is a key component of TJA, and many automakers are already offering it as a standalone feature. This system uses sensors to detect lane markings and keep the car centered in its lane, even if the driver is not holding the steering wheel.

Additionally, the driver can make an intended lane change at any time while utilizing TJA with normal steering input. This procedure will overpower the TJA system’s lane-centering capabilities. Once the vehicle has made the lane transition, the system will re-engage lane-centering by following the new lanes’ markings.

If you’re using a TJA system, you may need to re-engage it after taking control of the steering. However, all TJA systems allow for full driver override in an emergency.

Adaptive Cruise Control (ACC) is a traffic-assistance safety feature often confused with Traffic Jam Assist. Both systems use sensors to detect traffic and automatically adjust speed, but there are some critical differences between them:

Generally, these two ADAS features can’t be used simultaneously, because they are intended to work at different speed thresholds. However, some newer systems can combine ACC and TJA, allowing higher speeds and enhanced traffic assistance.

TJA is a semi-autonomous feature that operates driving conditions at low speeds and requires constant driver supervision. It is not designed to replace a human driver and should not be used as such.

TJA is useful for highways only. It should not be used when driving where stoplights and signs are more common. Additionally, there are several situations where TJA’s capabilities are limited, including:

It’s the driver’s responsibility to be aware of their surroundings and in control when using steering assist functions, like this ADAS. TJA may not react as quickly as the driver can if sudden braking or steering are required.

While it may seem simple enough to use TJA, there are a few things to keep in mind to ensure a safe and seamless experience.

As more ADAS features are added to new vehicles, TJA is becoming more prevalent. Here are a few examples of automakers with this ADAS currently available on the market:

While this ADAS feature is relatively new, it’s becoming increasingly common in today’s vehicles. With technological advancements, it will likely become standard in many new cars soon.

How Does ADAS Calibration Affect TJA?

ADAS systems rely on several sensors to function properly. These sensors must be properly calibrated to ensure accuracy. If not, the Traffic Jam Assist feature may struggle to accurately identify surrounding objects. This could lead to accidents or other safety issues. Other issues that may arise if the sensors are not correctly calibrated include false positives (the system incorrectly identifies an object as a vehicle) and false negatives (the system fails to identify a car that is actually present).

Having the Traffic Jam Assist system professionally calibrated is crucial if changes have been made to a vehicle, such as alignment changes and/or windshield replacements. If there is uncertainty about whether the system is calibrated, it’s best to consult with a professional. They will be able to calibrate the system and ensure it works perfectly.

Traffic Jam Assist is a significant development in the field of ADAS. By understanding how it works, the potential to make our roads safer is obvious. With more and more vehicles incorporating TJA into their ADAS packages, calibration centers are needed to ensure that these features operate as intended.

If you’re looking to take on a new and exciting ADAS services venture, our ADAS calibration center solution includes site certification and training for your staff. It’s a chance to jump into an ever-growing industry. Learn more about opening your own calibration center today.