V2X and the Future of ADAS – Car ADAS 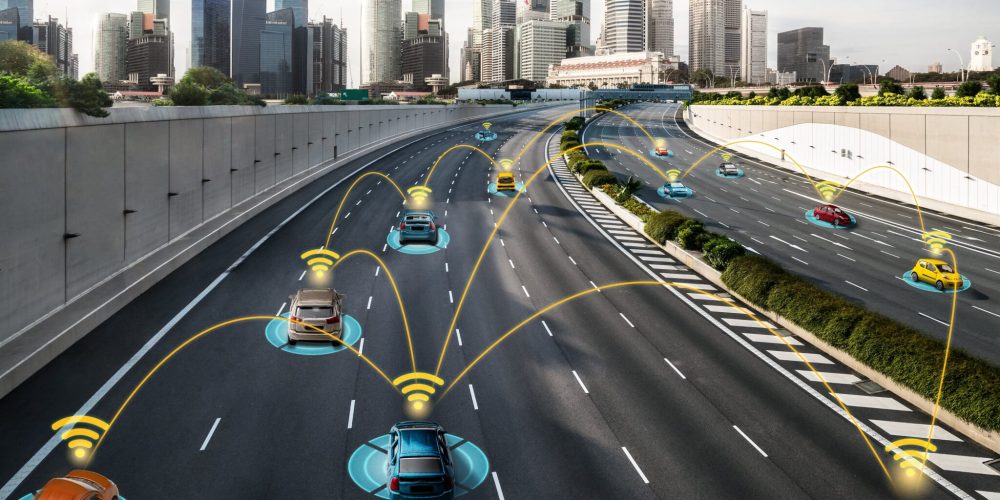 There’s no doubt that cars are becoming increasingly automated. As technology advances, it will become more common to have features like automatic braking and lane-keeping assist. But what about the future? What happens when cars not only can detect obstacles and other vehicles on the road, but also communicate with them? That’s where vehicle-to-everything (V2X) comes in.

Vehicle-to-vehicle (V2V) and vehicle-to-infrastructure (V2I) communication are technologies that allow automobiles to share information with each other and the surrounding environment. This could mean many different things for the automotive industry, but one of the most exciting applications of V2X is in advanced driver-assistance systems (ADAS).

V2X stands for vehicle-to-everything. It is a subcategory of ADAS. V2X is an exciting technology that will allow modern cars to communicate with other cars, public infrastructure, pedestrians, and even the global network! What makes V2X unique is that, unlike traditional ADAS sensors, V2X will communicate with the technology around it—kind of like a Bluetooth device. This allows split-second data transfers, which in turn, allow extremely fast response times.

Imagine a world where a self-driving vehicle knows ahead of time that a pedestrian will be crossing soon, rather than relying on a camera sensor to hopefully sense a pedestrian. Sounds amazing, doesn’t it? Many say this system will change the world once it becomes more commonplace.

Within the realm of V2X, there are systems such as V2V, V2I, V2P, and V2N. Next, we’ll cover each of the subcategories of this technology and how they work.

V2V stands for vehicle-to-vehicle. With V2V technology, your car can transmit data to nearby cars. With a full combination of V2V, radar, camera sensors, and GPS, your vehicle can assess traffic incident risks and help avoid them. It truly is the technology for a car of the future. V2V could also potentially allow cars to instantly take off and stop at traffic lights or signals. This would increase traffic efficiency and reduce the amount of congestion on the roads.

V2I stands for vehicle-to-infrastructure. With this V2X technology, your car can communicate with devices on or around roads. The possibilities are endless with this level of interactivity.

Think of a road system where your vehicle knows several minutes ahead of time where there is an accident, construction, potholes, or any emergency signals. We can take it even further than that—imagine a parking lot or garage that can automatically tell your car where there is an open space and perhaps even guide you to that spot! Wouldn’t that be useful? Parking assistance is an ADAS feature currently in development. Integrating the current remote parking technology with V2I parking garages could be part of our daily lives in the near future!

V2P stands for vehicle-to-pedestrian and is perhaps the most complicated system to implement. With V2P, we could create a system where cars notify pedestrians of an issue with the brakes, signaling pedestrians to wait for a safe time to cross. We could also communicate where pedestrians are congregating when it comes to public transportation, as well as where they will be crossing so that vehicles know when to yield and when it is safe to go.

The main issue with implementing this system is that pedestrians would have to be willing to use their mobile devices as a public signal or safety alert beacon. However, the benefits would likely far outweigh any potential downsides.

V2N stands for vehicle-to-network. It is very similar to the other forms of V2X technology, but it will be far more comprehensive in its connections. The other forms of V2X would act more as a Bluetooth connection—a momentary data transfer based on location. Now, consider your car connected to a database with other cars, infrastructure, and pedestrians simultaneously. V2N could create entirely safe environments by allowing every system to work together.

How will V2X impact the development of future ADAS technology?

V2X technology will open many future doors that involve public safety and infrastructure. With the ability to quickly transmit and receive data from nearby vehicles and pedestrians, there may be no future traffic incidents. To truly appreciate the capabilities of V2X in ADAS, one must consider it as an add-on to current driver-assistance technologies such as self-driving, camera sensors, lane change assist, adaptive cruise control, pedestrian sensors, and GPS + radar.

What challenges still need to be overcome before V2X can be widely adopted in the automotive industry?

V2X technology is still very far from being widely implemented. We won’t be seeing V2X on the streets any time soon. The first issue to overcome is how to incorporate it efficiently into our current infrastructure. This would take an immense amount of time and money.

The next issue would be installing vehicle-to-vehicle communication in not only passenger vehicles but every automobile, including buses, semi-trucks, motorcycles, and every other motor vehicle—for every single vehicle! That’s a lot of cars to install technology into, and cost is a significant factor.

The last two obstacles to overcome would be the topic of privacy and legislation. With many unsure and distrustful of new and upcoming technologies, it would be difficult to garner trust with the public about the benefits of the V2X technology.

We would also have to find a way for U.S. and global legislatures to accept V2X as a common technology. It gets even more complicated in the U.S. with state governments, legislatures, traffic laws, regulations, and infrastructures. One of the biggest challenges would be finding a way to incorporate all the technologies across every state and making everything compatible despite the drastically different infrastructures.

A Future with Car ADAS and V2X

While challenges need to be overcome before V2X can be widely adopted in the automotive industry, the benefits are clear. With its ability to provide real-time communication between vehicles and infrastructure, V2X has the potential to revolutionize ADAS technology and make our roads much safer for everyone. Learn more about offering ADAS services today.